They had three children:

In 1880, at 11 years old, the family was living in the Village of Tansboro, Winslow Township, Camden, with her parents and brother and sister.  I can find no other information on Lillian's sister Stella other than her birth which lists her parents' names and date of birth.

Working on how many children:
4th Great Grandparents
Micheal's name is listed on one of four petitions, 17 Oct 1796, to the Legislative Council and General Assembly from inhabitants of Gloucester County seeking an act for the gradual abolition of slavery.

Working on how many children: 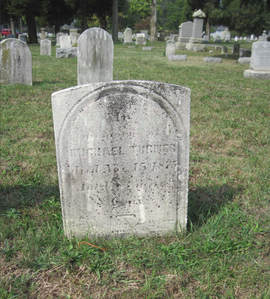 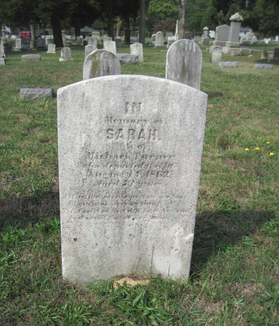 They had 13 children (four of them married a Fisler):

Both manuscripts found at the GCHS library state that Robert Turner was probably the son of a John Turner (and Hannah Hall) who owned a plantation called "Two Brothers" near the head of Salem Creek.   Although no wife was named in Robert Turner's will, we know that the mother of this family was Abigail from the baptism record of Meriall at Pennsneck and Racoon Church. It says "Robert and Abigail Turner's Maryall" was born March 22, 1752.  Burne is sometimes spelled Bourne.